Spinach, Feta and Artichoke Salad. Add a side of bacon.

By maisymak April 5, 2013 13 Comments
The smell of bacon finally got to me.  Instead of just smelling it from the vacuum (yep, still going strong!) I needed to actually eat some. 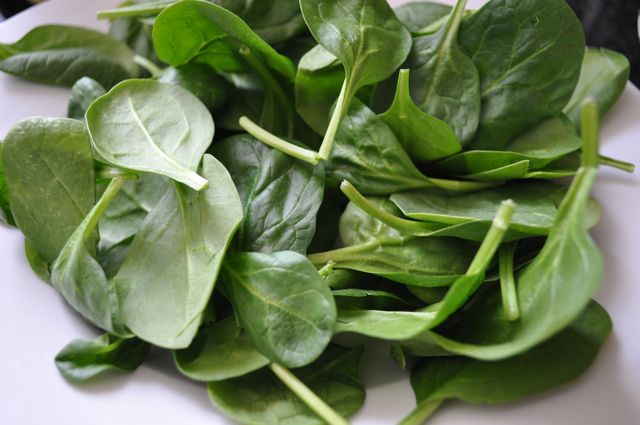 But I’ve had a hankering for it for awhile.  A couple of weeks ago, my good Mama ordered a salad.  And it had bacon on it.  I’ve never ordered a salad with bacon on it.  I know, I’m sure a strange earthling, but I consider bacon to be a  breakfast food served with a side of hash browns (yum).  And isn’t salad supposed to be healthy?  But this salad was so good I rushed home to make another.
It begins with baby spinach leaves.  Aren’t they beautiful? 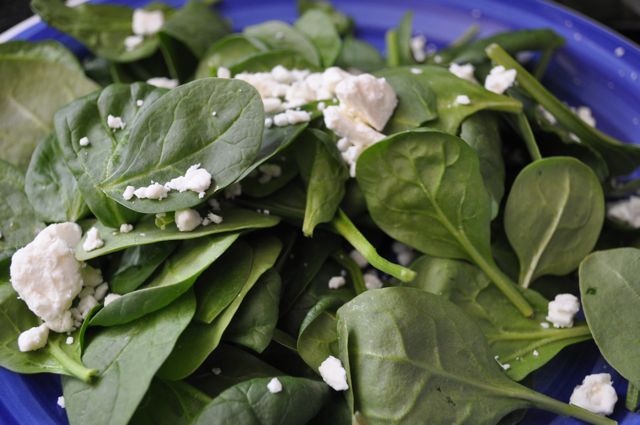 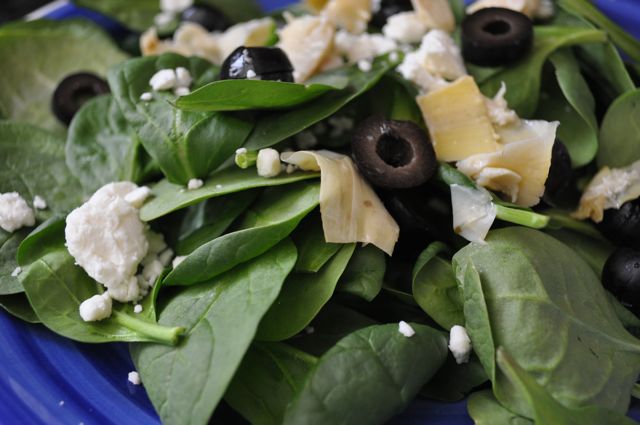 I have never bought marinated artichoke hearts before.  I’ll be buying them again. Cut and add. Now some some black olives, cut.  Black olives are a food group in this house.  It’s a genetic thing. 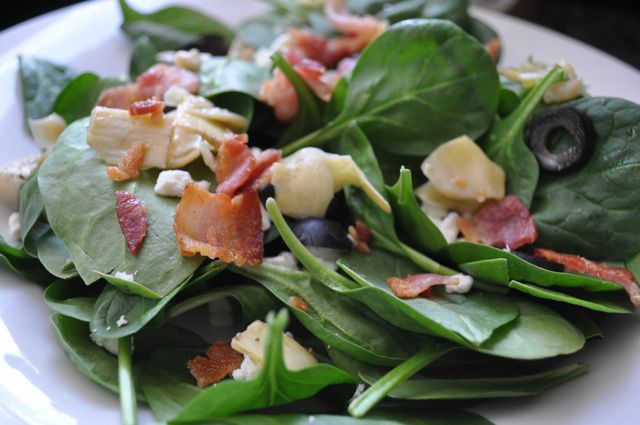 Cut up one slice of bacon.  Sprinkle with love.  For the record, I used center cut which has less fat.  There is no sprinkling of bacon bits – nu uh! 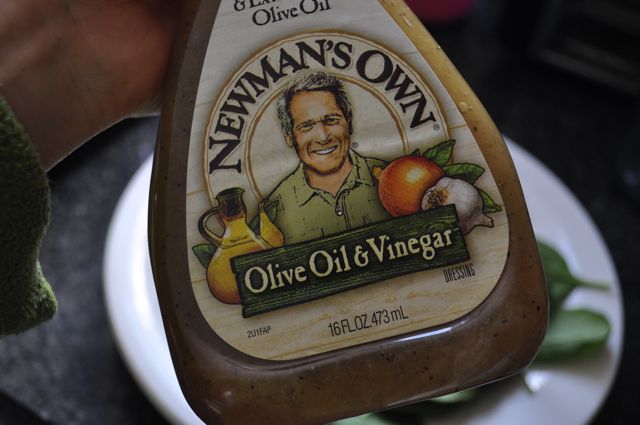 I splurged on the good stuff. 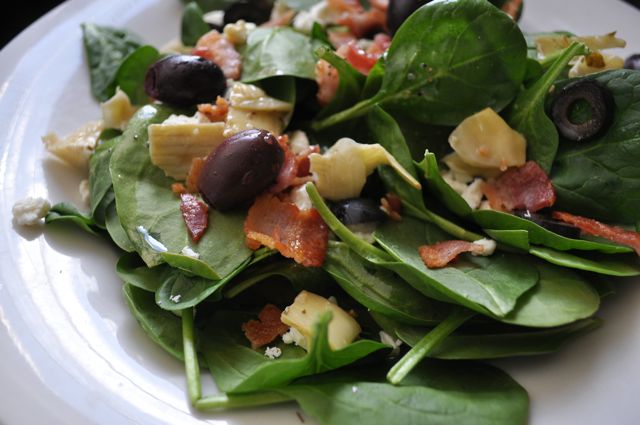 And it’s good stuff.
I added a few kalamata olives because I’m a little obsessed with ’em.  Mmmm. Dig in.
Now.  This is a fantastic salad for many reasons.  It is plenty healthy with all that spinach and artichoke.  And every meal should have a little fat.  If this salad was your lunch, you would have some fat, protein and carbohydrates to keep you full and satisfied for a nice long while.  Add an apple and you’re really in business.  That’s what I think.  But maybe I just like bacon.
Spinach, Feta and Artichoke Salad (with a side of bacon)
Baby Spinach Leaves
Feta Cheese
Marinated Artichoke Hearts, cut
Black Olives, cut
Kalamata Olives (optional)
1 Slice Center-cut Bacon, cut
Olive Oil and Vinegar Dressing
Have a beautiful spring weekend.  I’ll be going on a long run, shrieking with cousins, and listening to the most inspiring, and uplifting talks of the year HERE.