By maisymak March 31, 2011 No Comments
A highlight of our recent trip was arriving in Washington D.C. at 5:30 a.m.  Brynne had stopped throwing up (for the moment) and all the kids were awake.  The streets were pretty quiet as we passed the National Museums, the Smithsonian – The world’s largest museum and research complex, with 19 museums, 9 research centers and more than 140 affiliate museums around the world.
Unfortunately, we couldn’t stop and go through anything, but someday… 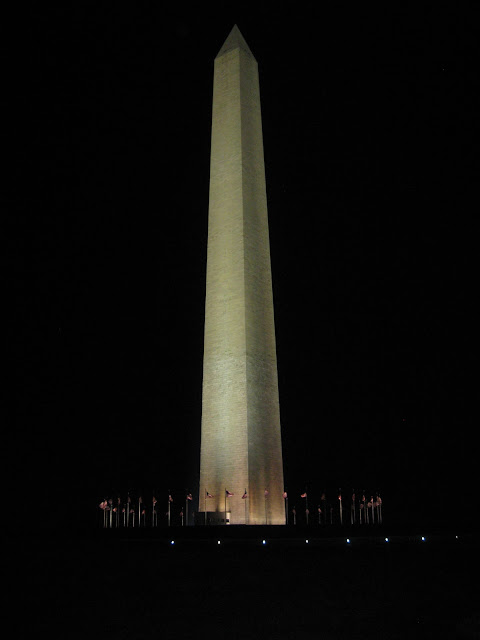 The Washington monument was pretty impressive.  My favorite part was when Paige whispered, “Guys!”  Pause.  “Guys!!!  I think that’s Bepunzel’s castle!”  And she was serious. 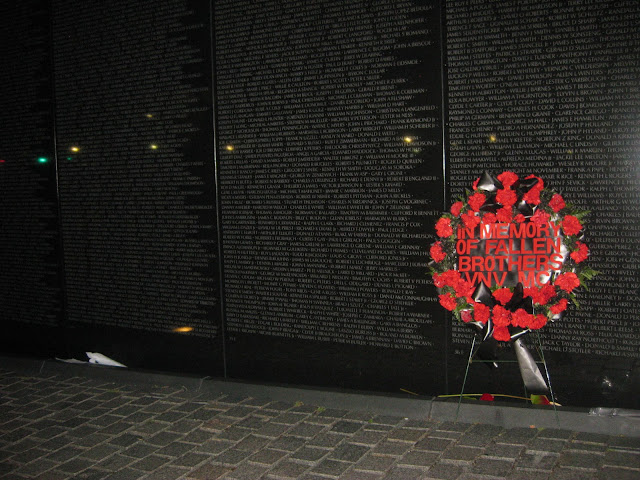 The Vietnman wall.  So many many names… 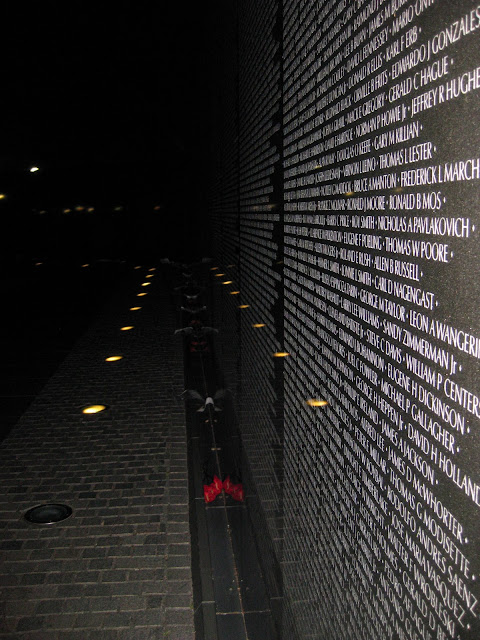 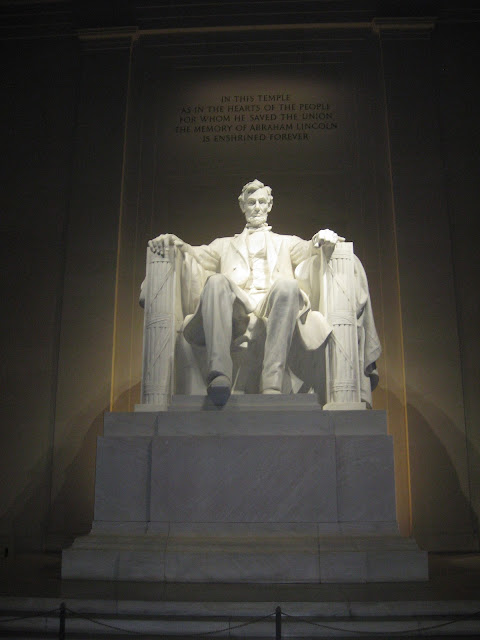 I saw the Lincoln Monument once before.  It was dark then too.  Powerful nonetheless.
“In this temple as in the hearts of the people for whom he saved the union the memory of Abraham Lincoln is enshrined forever.” 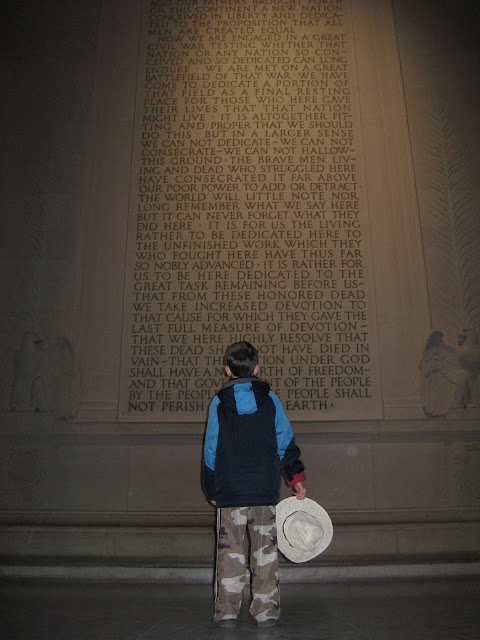 The boy takes off his hat and reads the great emancipation speech. 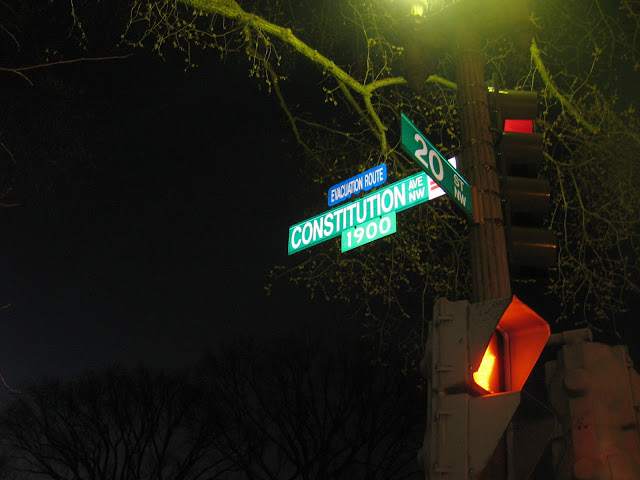 Constitution Avenue.
We were a little disappointed not to see the white house and I accidentally deleted the capital picture.  By then it was starting to rain and time to go.  Sunshine and beaches awaited. 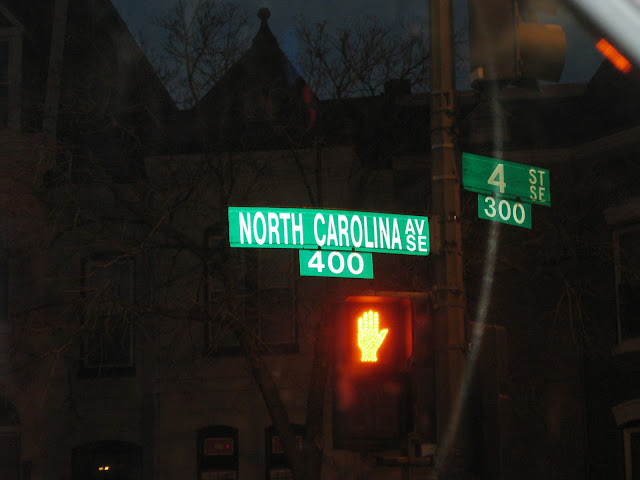 I had to take a picture of this since that’s where we were headed.
We piled back in the car satisfied from a real learning experience and were off.  The vomiting could then commence 🙂
Also on the way to North Carolina was Paul Revere history, the Civil War history, Jamestown, and Williamsburg.  Vermont, New York, Virginia, Delaware…Another year we’ll get it done.