Thanks for the title, Becky 🙂  We left Andover in the middle of a heat wave.  It was terrible.  But Earl was on the way.  Driving into Boston there were flashing signs everywhere:  HURRICANE WARNING.  Be Prepared.  We thought it quite exciting.

It was Labor Day Weekend but this worked in our favor.  Thousands were leaving the city as we were driving in.  All the traffic was going the other way. I was just hoping we’d be driving back late enough to avoid the traffic backed up for hours.

I was able to drive right into the city without any trouble.  Mass Pike.  Exit to South Station.  A little panicky.  Very alert as Cope chattered about this and that.  Exit 20A.  Find Summer Street.  Did!  And since there was parking on the street we parked while we could.  No parking garages with insane fees.
And then we started walking.  I had run a 12 mile with Maryn that morning and was having a knee issue but after discreetly stretching we were on our way again! 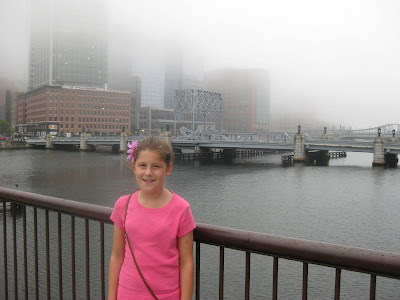 The first picture of the adventure!  Hurricane Earl created tremendous fog and humidity.  It looked like a giant storm cloud had descended over Boston.  It felt wet, wet, wet.  But this took away the heat. 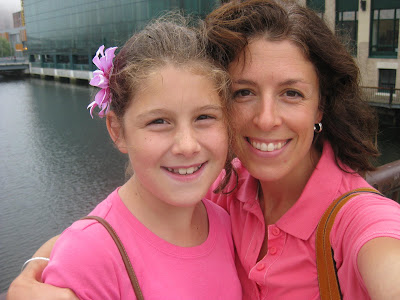 Earl’s wet wet weather did terrible things to my hair.  It was a giant frizzball after only an hour.  Cope says she liked it.  Anyway, off we went to find the theatre before grabbing some yum.  I had Indian and Cope had Chinese.  We ended up eating inside a large bank because of rain.  I laughed at Cope’s distress, “Is this okay mama?” 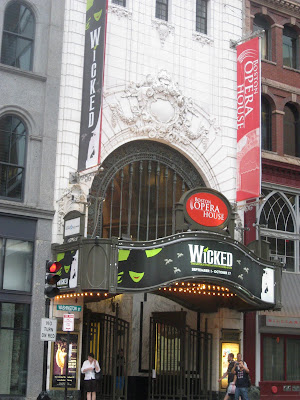 We found the theatre early to make sure we knew where to go.  A few hours to kill?  How about some shopping! 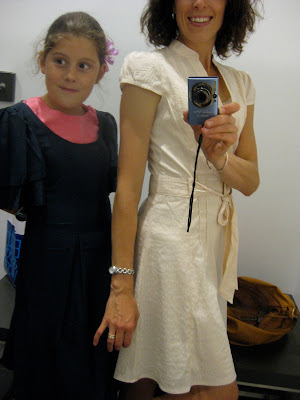 We tried on dresses we didn’t buy 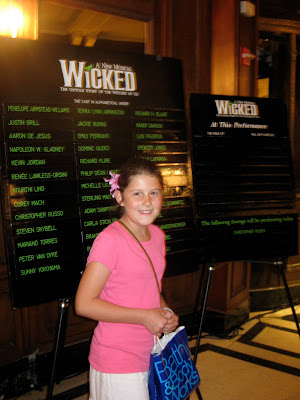 And then ran down the street at 7:30 for the big show! 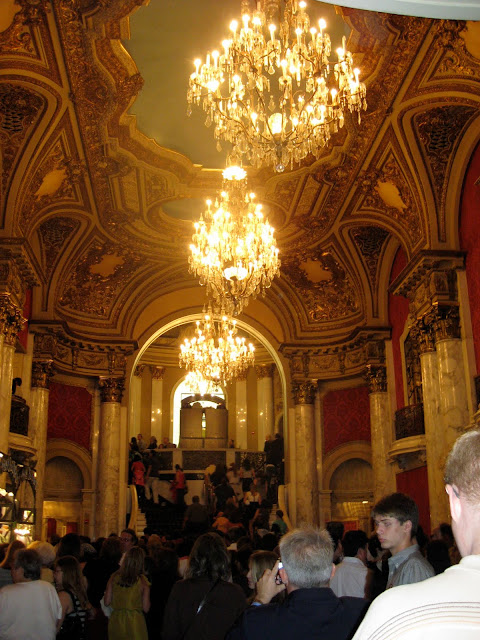 The Boston Opera House is gorgeous 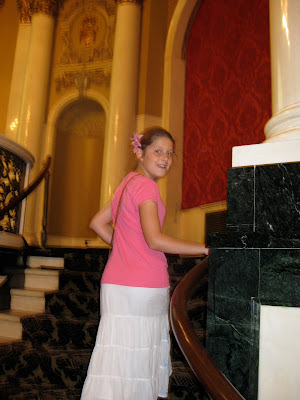 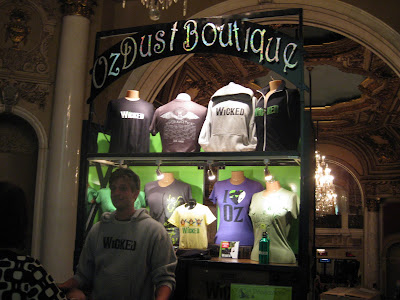 Cope really wanted a Wicked hoodie but settled for a Wicked umbrella. 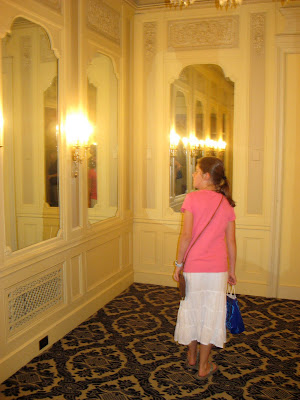 Even the bathroom was beautiful 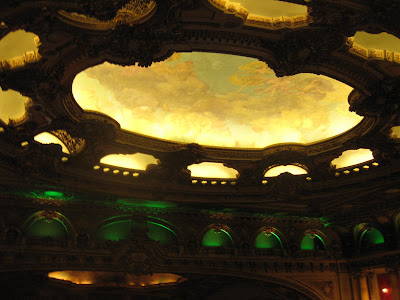 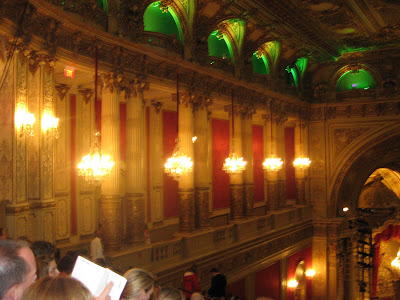 And then I was asked to put the camera away.  This is what we saw… 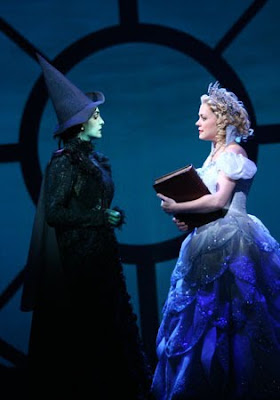 Pics from Google Images.  It was so great to finally see the musical and get the entire story, know exactly who was singing when.
I loved the dichotomy of the two different personalities:  Glinda vs. Elfaba 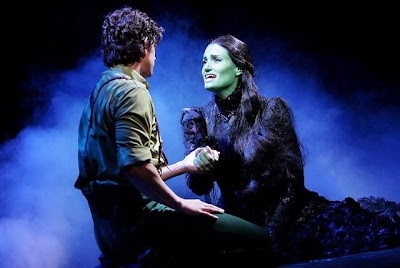 It wasn’t Chenoweth and Menzel but I thought the voices just as wonderful.  Wow! 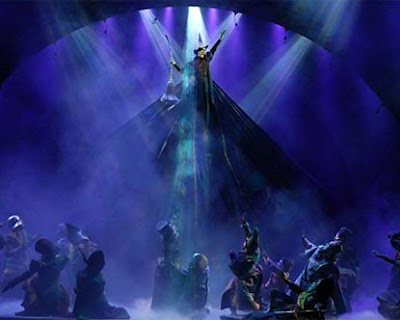 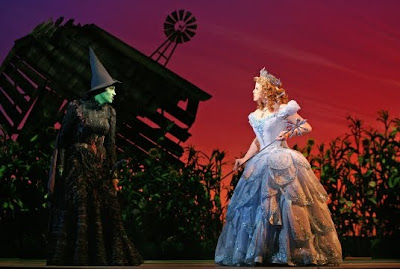 The dialogue was incredibly clever and all the references to Wizard of Oz were hilarious.
All in all?  Fabulous time with my daughter.  She’s been inspired.  You should have seen her lean forward with that starry look in her eyes.  She could see herself on the stage singing her guts out, letting the world hear this amazing gift.  Loved it.